Click Yes only if you are at least 18 years of age or older . 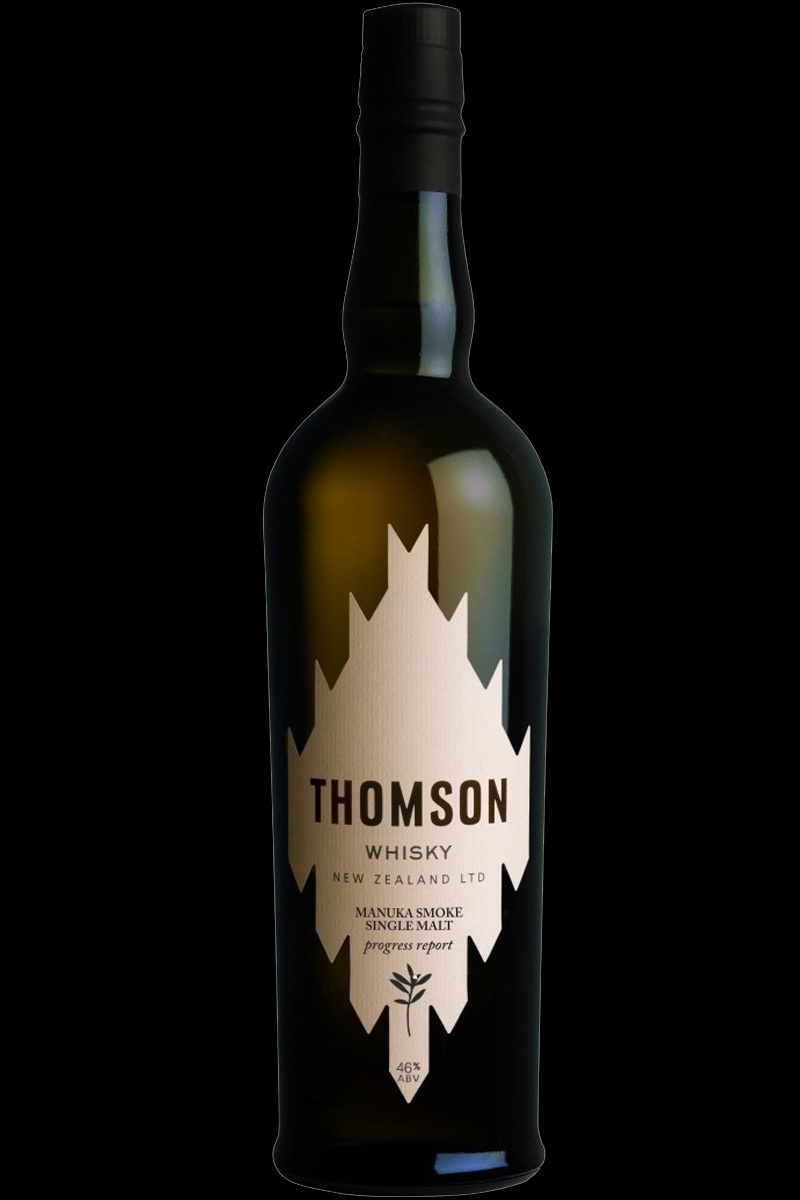 Thomson Whisky brings you an update from the barrel. Made from 100% New Zealand grown malted barley, smoked using native Manuka wood, and distilled through a hand-beaten copper pot still, it's the Auckland based distilleries world first Manuka Smoke release, in its youth. This 'work in progress' bottling offers natural smoke, cinnamon, clove, and Manuka oils on the palate. The exclusive bottling will provide whisky enthusiasts with a taste of this young, smokey and fiery spirit, as a sample of what's to come. Truly a collectible piece of New Zealand distilling history.

The single malt is being made from barley grown in the South Island and kilned using New Zealand Manuka wood. Rarely produced in New Zealand, smoky or peated whiskies normally hail from Scotland, and have cult followings of self-proclaimed 'peat eaters'. This new Thomson staple will impart a smooth natural smokiness reminiscent of peated Scotch, but will be entirely unique to New Zealand with its distinct Manuka notes.

Well known craft brewing supplier Gladfield Malt of Canterbury has worked closely with us to perfect the brand new Manuka smoked malt for the brewing and distilling markets. Gladfield have designed and engineered a custom smoker to impart the best Manuka and smoke flavours into the finished malt. Responsible for the germination, smoking and kilning of the malt prior to distillation, it is a world first for Gladfield Malt as well. No chill filtering